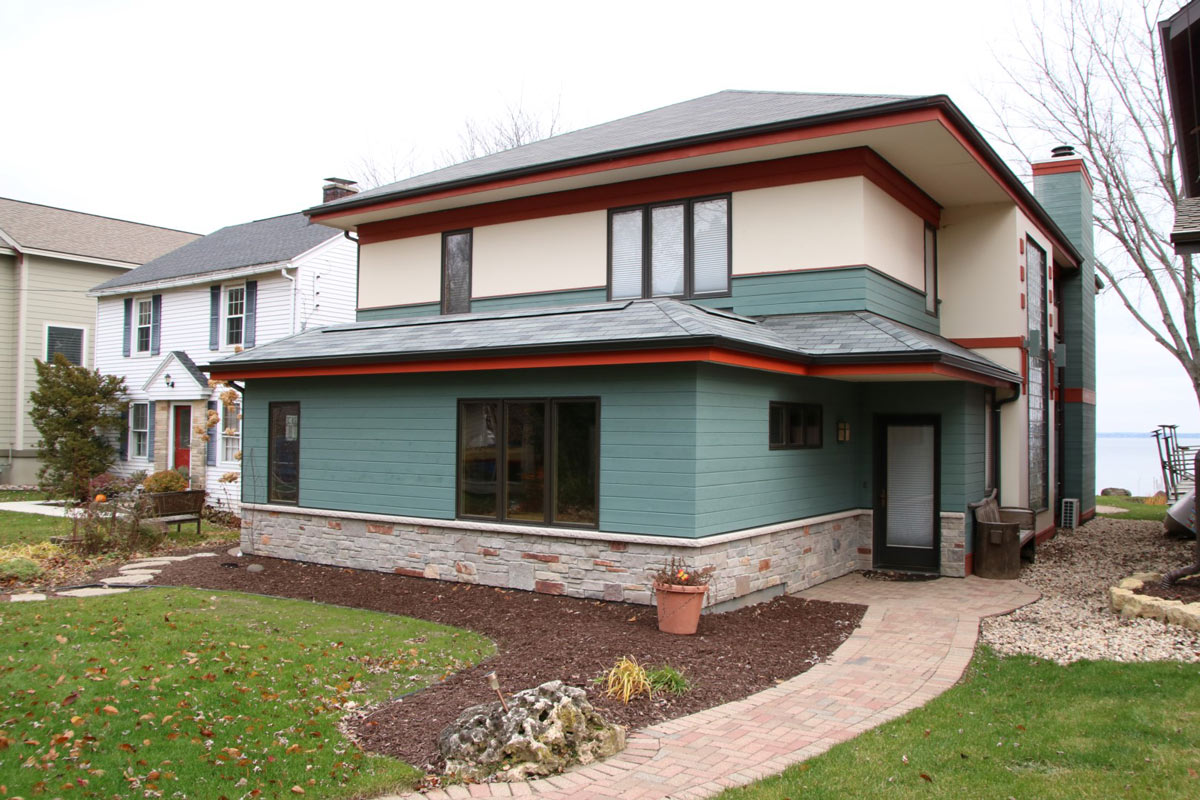 Our featured project this month is for homeowners that had a greenhouse on the front of their home when they bought the house two years earlier. The former owners had added it, but in a very short time our clients learned that the space was too hot in the summer and too cold in the winter. After living in the space they decided they wanted to change this greenhouse into a finished room that could be enjoyed year-round in comfort. The current homeowners thought that this space could be better utilized as a Den that could also be used as a Guest Bedroom by adding a Private Bathroom.

The new space was limited to the size of the existing foundation under the greenhouse. The new area would be the same overall size but would function completely different than the current space.

On the exterior, our goal is always to make any new addition look and feel like it was always part of the original home. To add some extra curb appeal, we added stone to the bottom of the new room to give it a dramatic look as you walk up to the home. The rest of the materials and colors match the existing home making it hard to tell which part is new and which was original unless you look at it side by side.

The new space has a lot of high end products like an infloor heating system under the tiled floor in the bathroom on a programmable thermostat, LED can lights and soft-closing doors and drawers.

The first issue was discovered after we opened up the floor where the new bathroom was planned. We had planned on leaving the existing wood flooring in the Den, but found out that there wasn’t actually any support under the floor and the 2×4 boards under it were resting on dirt. To fix this, the flooring was removed, the area was excavated, proper support was installed, insulation and air sealing was added, and then a new wood floor was installed.

The second issue was after a tremendous rain storm, which caused a river (we are not exaggerating here) on the side of this home, down to the lake in the backyard. While we had the foundation partially opened up to install our masonry on the front of the home, we went ahead and waterproofed the foundation under our soon-to-be rooms with a drainage plane for water to travel away from the building. Besides those two unexpected issues, this project ran smoothly and we were able to help the homeowners change their home to better fit their lifestyle.

What is my budget? Can I achieve the design I want? What are my goals for this redesign? Who do I call for help?

The last question is easy enough- our design and sales team will help you find the right look and quality products to transform your home. We have the years of experience to guide you through the process from start to finish! Contact us today to get started. 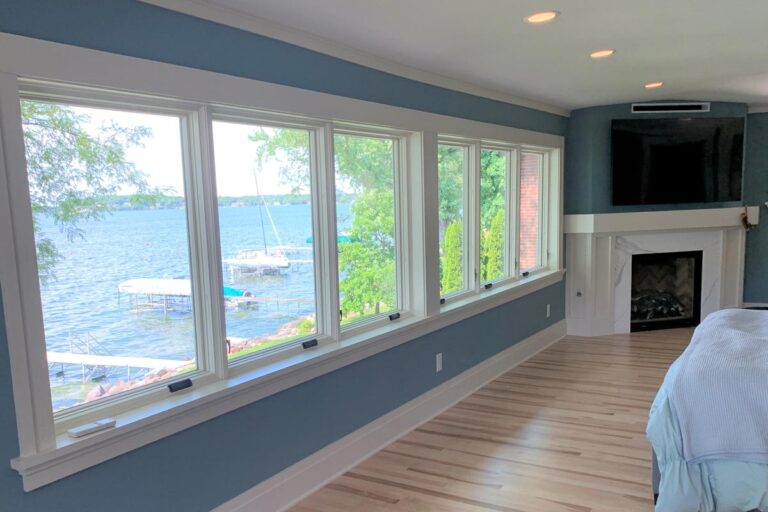 For this project, we were working with an older home 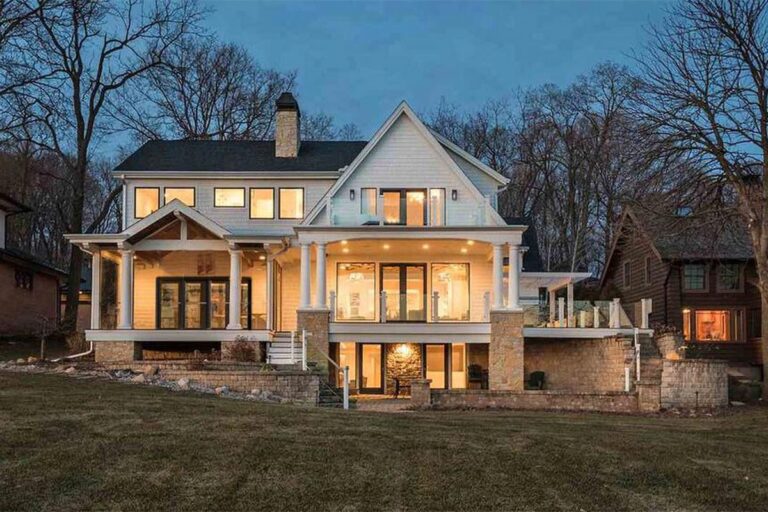 With activities for all seasons and fantastic views, Wisconsin residents

There’s something to be said about the charm of farmhouse